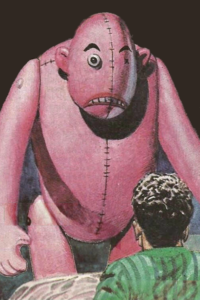 Episode 42 of The Trigan Empire

It is reprinted in the Don Lawrence Collection Volume 10, The House of the Five Moons and in Rebellion’s The Rise and Fall of the Trigan Empire, Volume 4.