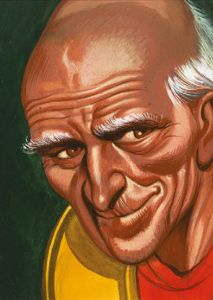 Bonus episode of The Trigan Empire

The Brief Reign of Sennos the First was originally published in the 1968 Ranger Book.

It is reprinted in Rebellion’s The Rise and Fall of the Trigan Empire, Volume 2.